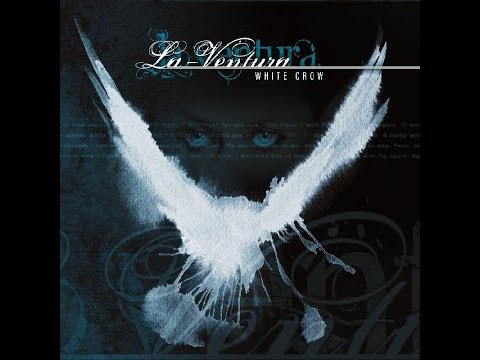 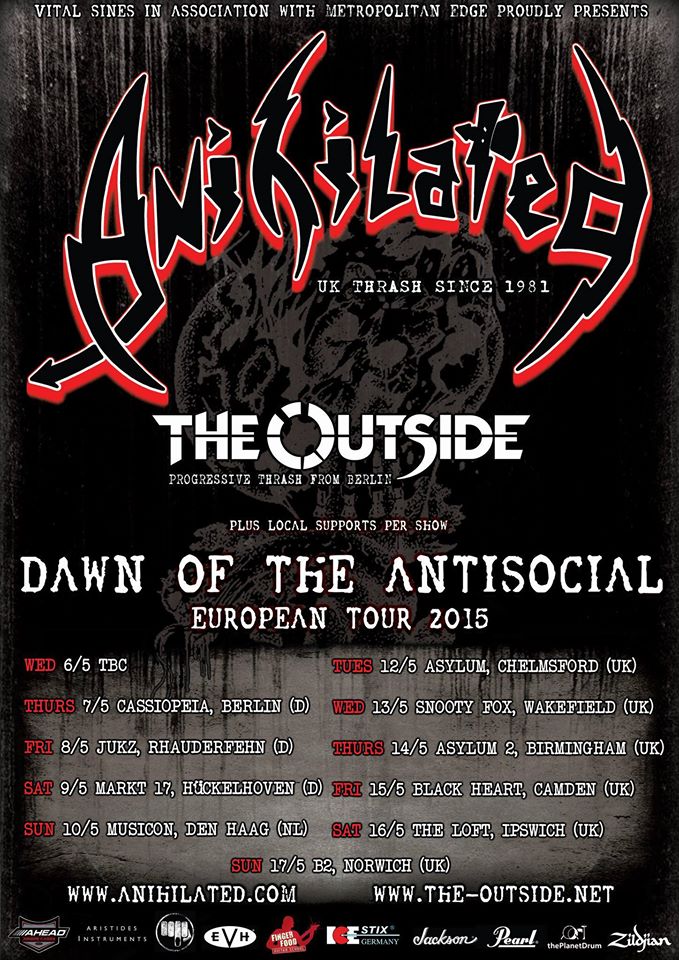 Something popped up on our Facebook feed this morning that gave us reason to smile, Anihilated posted the new Tour poster and one of the dates is near us: Just hope I can escape to make it Word from the band is  "This tour is shaping up to

The new Anihilated album will be released on Monday the 13th of April 2015. 'Anti Social Engineering' will be the full length follow up to 2013's 'iDeviant'. As well as the standard CD edition (and digital release on iTunes

AHM - What's the name of your band? What's the origin of that name? Have you changed the band's name before?  Anihilated - We chose the name as when we formed we were living in the shadow of the cold war, the area of England 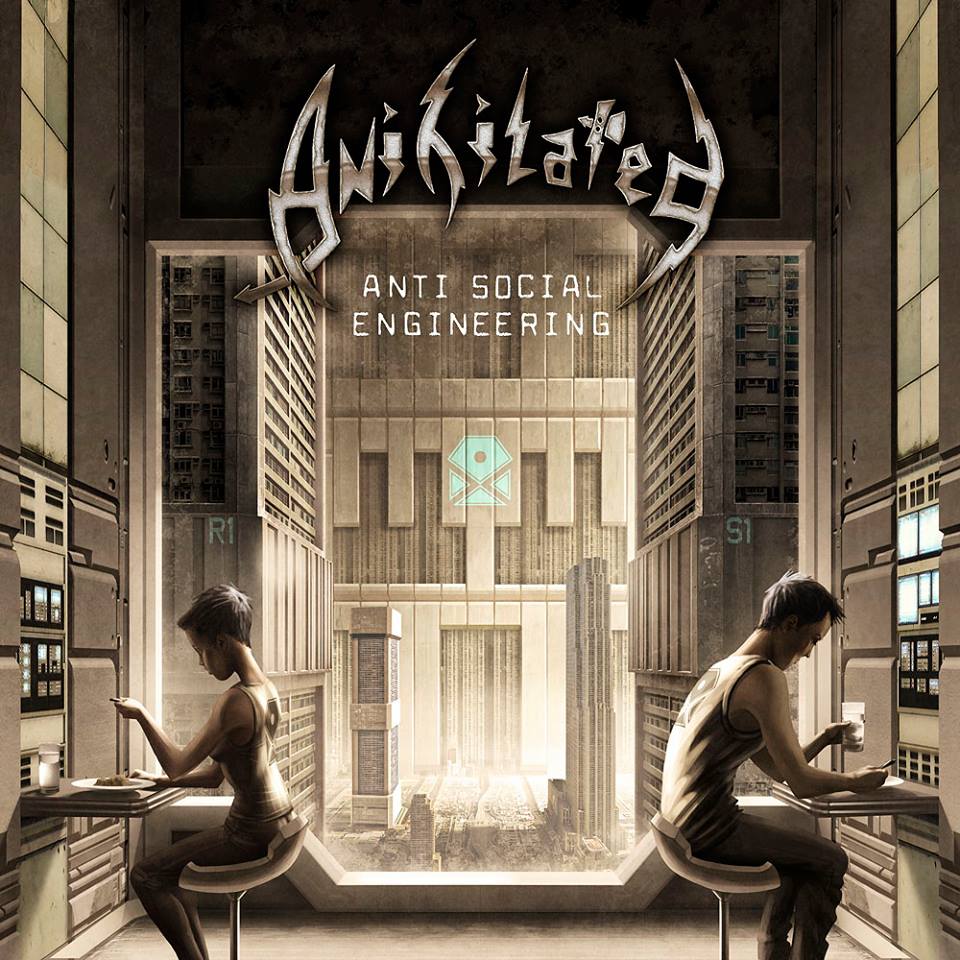 For the last two weeks I have been listening to Anihilated's brand new album 'anti-social engineering' and I have noticed that even though they formed in 1981 they haven't lost any of that 'old school' thrash which took the U.K by