A great review donated by www.burningfist.co.uk for us

Sneaking on to the stage under near darkness, Dublin’s Malthusian started tonight’s proceedings and wasted no time in creating a somewhat unique atmosphere – bathed only in static blue light and disregarding any stage banter in favour of unholy amounts of amplifier feedback, these lads created a thunderous amount of noise with their doom soaked blackened death metal. They lose points with what can only be described as piss-poor attempts at corpse paint, but thankfully made up for this with the crushing disharmonious cacophony they produced.

Winterfylleth are no strangers to UK stages and regularly tour, and its clear to see – here we have a UK Black Metal band riding something akin to a crest of popularity, and rightly so.  Last year’s“The Divination of Antiquity” was full of memorable moments, and this four piece from Manchester are welcomed home by those in attendance.

Without straying too far from the traditional Black Metal path (furious tremolo picking, blastbeats etc etc), musically, they come across well in the live arena, but its hard not to be distracted by their stand-in guitarist, who couldn’t have looked more bored if he tried.  Despite this, “Ghost of Heritage” proved to be their most popular track and lapped up by the crowd.  A solid, workman-like performance, but I’ve seen them play far, far better.

And then we have headliners Primordial – a band that have forged their own path time and time again, release after release, never once bowing to trends and fads.  Having not witnessed these Irish metallers live since about 1997, this was a prospect just too good to miss.

And they simply didnt disappoint.

Their latest album, “Where Greater Men Have Fallen”, made 3rd place in BurningFist’s top albums of 2014, and for good reason.  The dynamics of the songs and emotion injected into them just so well conveyed, and it was a genuine ‘hairs standing on end’ moment for me, that once the traditional introduction faded out, the title track of the aforementioned album was unleashed – note perfect.  Seeing vocalist Alan Averil (AKA A.A. Nemtheanga) stalk the stage like a wild beast added even more the to the experience.

Dressed in his now ‘trademark’ black cowl, bandaged hands and corpse paint, Nemtheanga commanded the attention of the crowd with no only his visually imposing presence, but the heartfelt, passionate vocal performance.  Back up with a thousand mile stare and wild, theatrical gesturing, it was an absolute pleasure to behold.  And lets not forget the the rest of the band who’s performance was also as intense, especially ripping through old favourites like “Spirit the Earth Aflame” with such ungodly conviction.

It was clear to see the band feeding of the interaction of the crowd, but it was a touch disappointing to see that the usually crazy Manchester crowd simply couldn’t keep up with the demands for raising their horns/fists and chants, but when they did, this meet the approval of the band and it noticeably stoked the furnaces.

The evening ended on a massive high with the sublime “Empires Fall” from the classic “To The Nameless Dead” album and its difficult to put in to words just how evocative that track is, but hearing Nemtheanga’s outpouring of remorse and betrayal is once again a reminder of just how well crafted Primordial’s songs are, and once finished, its clear to see that the band had put everything in to tonight’s performance as they left the stage jubliant and the crowd wanting even more.

Without wanting to sound overly melodramatic, its performances like this that remind you just how special our Metal genre really is, and i felt lucky to have been able to witness it. 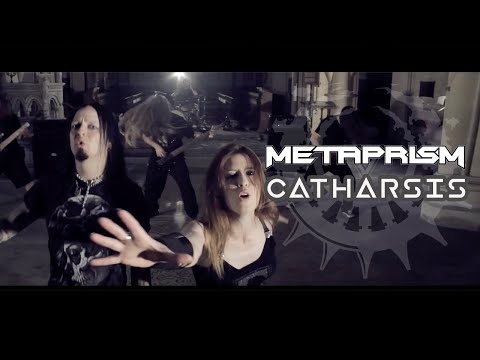