Rock/metal, while subgenres can be helpful I guess stoner rock/doom is the closest fit for us but there's allsorts like southern/retro/70s rock, thrash, punk and prog in there.

It all began in 2008. Metallica's return to old-school album ‘Death Magnetic’ had recently been released and it sparked a conversation between Wayne & Martin which led to a jam. Soon Ste joined on Bass & Vocals, Chris on Drums and Ironrat was born. Clutch, Down, Corrosion of Conformity were some of the initial influences of the band but that's broadened over time.

Wayne, Martin have known each other since they were about 15, Gordon's been on the Bradford music scene forever and Stuart got introduced to Martin back in about 2005 through the band Silverburn.

Chris currently writes the lyrics with some assistance from Wayne. He tends to pulls from his life experiences so we're got themes like chav culture, drugs, the state of the modern news media or sometime we'll 'name' a song in the jamming process and that will suggest a theme, like Thunderlord or Last Outlaw.

Anyone and everyone can bring a riff to the jam but Wayne's generally best at pulling that into a structure, we'll all jam that out and craft it into a instrumental for Chris to finalise lyrics then we'll all jam it out again, take it home and listen to until it's done.

Out debut album was released by indie label Voltage Records/Prosonic

We firmly believe in regular once or twice a week rehearsals.

Stuart - For Ironrat it's got to be a 5-string, preferably in black. I'm been using a Fender Jazz and Spector for a long time now and I love them both despite and because they are both very different.
Wayne & Martin - generally prefer Gibson guitars. There's no sponsorship deal, but we wouldn't mind one! ;-)
Gordon - plays anything loud
Chris - I'm not Shure, ;-) heck I'll use anyone's mic...

It's got more ambitious and heavier. When Monument was first written it really marked a shift in the writing, it was more brutal than anything before it but was still true to the core sound of Ironrat.

Where is the biggest you have performed? What are your favourite and least favourite venues? Do you have any upcoming shows?

Sheffield Tattoo Show 2014 was probably the biggest, which was fun but too quiet. Bad Apples was a get venue, small but with a great atmosphere.
Our next confirmed gigs is a 2 days festival in Coventry in 1st August 2015 then Halifax on 15th August 2015. (see our website's gigs page for more info)

We don't currently play any covers but we're considering a few possible songs. Depending on the gig we'll mix the setlist up as needed but some songs like Monument itself and Eye Lucifer are pretty much guaranteed to be played.

Pushing the Album and gigging, we've also begun writing ready for the next release.

We've just come back from Bulletfest 2015 near Pontypool and that was a total blast, so many good bands!

Too many to mention but probably Chris's wardrobe malfunction at the bar at Bulletfest, neither he nor the bar staff even realised.

What has been your biggest challenge as a band? Have you been able to overcome that challenge? If so, how?

Getting the right line-up, that's something we feel really good that we've nailed now.

Hahahaha, there's easier ways to make a fortune or achieve fame! We're out to rock, have as much fun as we can writing, playing and making new friends and make enough to cover the travel and bar bill!

Do it! Get playing with people as soon as you can hold a chord. Work hard at it, play hard while doing it, it's some of the most fun you can have.

Ironrat.co.uk will lead you to all the streams or downloads but Amazon, ITunes, Spotify and YouTube all have samples or full songs to listen to. 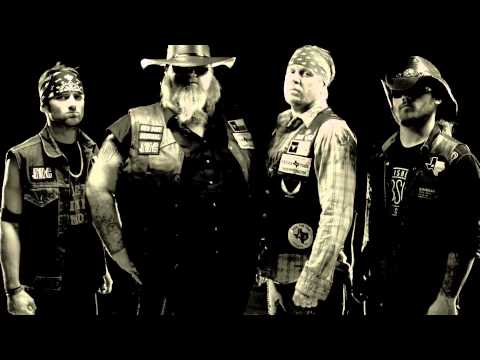