Veteran British comedian and entertainer Bernie Clifton was recently left "fuming" when his new album To Dream the Impossible Dream went to press with the track listing for Abhorrent Decimation's Miasmic Mutation.

Inspired by the public reaction to his recent performance on BBC’s The Voice, where he sang a moving rendition of ‘The Impossible Dream’, the impossible to extinguish Bernie Clifton has released a collection of his favourite songs. But it was only when the singer was packing orders that he noticed the printing bungle. “What a cock-up. It has been a nightmare to sort out and has cost me a fortune to reprint the 1,000 CDs. My act has never been described as an Abhorrent Decimation and I’m too scared to even listen to their songs."

However, despite his initial reaction Bernie has taken it light heartedly telling a BBC reporter, “We could go on the road, me and the lads. We could do To Dream the Impossible Miasmic Mutation.” Abhorrent Decimation vocalist Ashley Scott was then heard saying, “I definitely want to talk to Bernie about working together on something... it would be amazing.”

Bernie has since invited the band to his home in Sheffield for tea and bacon butties, to have a laugh about the whole thing and both parties were happy to pose for some pictures. Copies of the misprinted CD have also been signed and will be auctioned off in due course to raise money for a charity.

"What a wonderful blunder," Ashley said. "We can't control many things in this weird and wonderful life; fancy a Death Metal band getting such exposure from a national treasure in an ostrich suit." Bernie commented, ''Suddenly I feel my life is changing. If only my Auntie Nora was still around to see it." 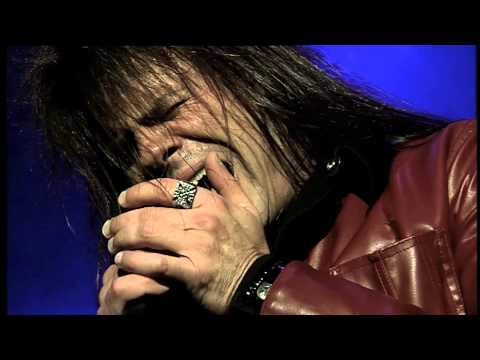